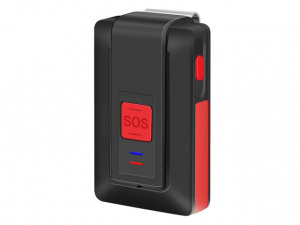 The Australian engineered “Tagger” is a small, innovative, wearable personal duress device. Tagger is monitored by BENS, a Grade A1 accredited security monitoring centre, and more importantly has made their IT team available to facilitate the integration of the Tagger into their “alarm monitoring system” or AMS. With this integration, operators are able to handle situations from the Tagger and have at their fingertips map locations and commands that can be used with the Tagger.

The Tagger user can be assured that the service is handled by a professional service provider that is audited, accredited, and complies with the standards and procedures laid out by the security industry and by police. All signals received, actions taken, Tagger operations and responses are recorded in the history and never erased. All conversations are logged, recorded and securely stored.

Unlike other personal duress devices, Tagger does not track continuously. To allow some freedom and privacy, Tagger tags the location periodically, every two hours. The timing can be restarted with a manual tag to allow or extend the period of “freedom”. The frequency of the auto tags can be adjusted to suit the user.

Tagger only accepts calls from BENS and one designated person/carer. This prevents the device from receiving crank, malicious or accidental calls that may then eavesdrop the surrounds. BENS can where required/requested, join third parties to the call made; so, during emergencies loved ones can be connected. Only calls involving BENS are recorded.

Tagger has all the functions available in other similar devices like SOS, fall detection, geo-fencing, but they have added and improved some functions.
With the SOS the user activates it with the button, this will be signalled to BENS who will then call the Tagger to assist the user. There is also a new feature, where the user can activate “silent SOS”. With this, BENS will act by calling the device but listen in to the situation and will only speak if it is safe to do so. The user can also flag BENS with a prearranged signal/code to send the police immediately. This signal can be non-vocal.

Another innovation is “SafeZone”. SafeZone is a variation to the geo-fence function. Normally the geo-fence fairly difficult to set up and administer. But SafeZone can be activated on demand. The user calls BENS to set up a safe zone. The current location is tagged as the centre and giving a radius between 100m and 2500m the safe zone is defined. If the Tagger is located outside the safe zone a “SafeZone Breakout Alarm” is activated and will be actioned by BENS accordingly.

BENS can monitor Tagger even when offline. This is monitored if the Tagger is switched on and has lost communications, a four-hour default. This can happen if the Tagger is out of 4G coverage for a lengthy period of time, greater than four hours, or if the Tagger is (made) inoperable while activated.
If the Tagger has been misplaced or the user is lost, BENS can cause the device to beep periodically and provide an approximate location or provide the location without beeping. Beeping the Tagger provides a means of locating the device and person aurally and providing the GPS map location at BENS.

To learn more, give us a call or email us at